Zanzibar is located  approximately  23 miles from Tanzanian coast in the vast Indian Ocean about 6 degrees South of the crossing of the Equator. The island covers an expanse of 640 sq miles and prides in its white sand beaches, dotted with palm trees, coconut plantations and a we great rich history. the island is visited by people from different corners of the world, including Egyptians, Malays, Europeans, Indians and Arabs. Among these and other people have actually settled here over the past years and several of these have left their landmarks in the architecture as well as character they established in this place.

The Island has attracted travelers to its shores for several centuries, Zanzibar has drawn to itself numerous travelers and in the past centuries it stood as one among the major centers along the coast of East Africa where slave trade was also conducted. in 1818 clove trees were introduced to the island and mid-way that century Zanzibar was the leading producer of cloves in the whole world and it was from that that it gained its prominent name; the “Spice Island”. Still during that time, slave trade was mounting to the climax in this place with about 50,000 slaves going through the island’s market each year. Arabic power became very strong and the Sultan of Oman transferred his capital to Zanzibar Island from Muscat. For a several years, it was more significant as compared to the other Arab trading-centers of Lamu found in Kenya, and Bagamoyo found on Tanzania’s mainland. In 1890, Zanzibar was declared a British colony and its influence greatly decline, chiefly following the building of the Mombasa – Kampala railway that formed a new trade-route into the Africa’s inner land. It remained a under the influence of the British until 1964 following independence when the island merged with Tanganyika and become today’s United Republic of Tanzania. 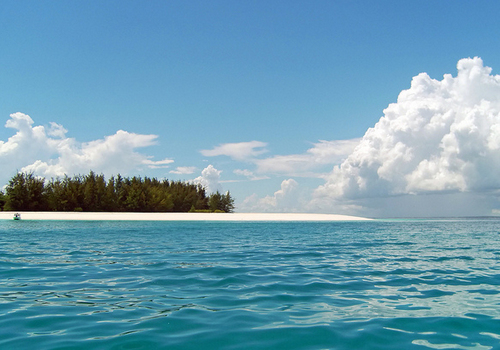 This ancient stone town in Zanzibar is another place on the island worth visiting. To better enjoy and explore this town, spare time trailing through its slim winding streets which are lined by small shops, squares, lively bazaars and mosques. In this town is the Beit-el-Ajaib alos known as the ‘house of wonders’, which was previously the Sultans’ palace, as well as the Arab Fort constructed by the Portuguese back in 1700, in addition you will 4see the Shirazi Mosque that is believed to have been constructed in 1107 AD plus the ancient slave market, where the very first Anglican cathedral to be built in East Africa seats. You will also marvel at the Livingstone House, which served as a base for David Livingstone’s final expedition before his death. There is a National Museum in this town  that display not really so much but at least offers an insight of the fascinating history of this Island and the people that live on it.

On the exterior of Zanzibar Town is the impressive Muruhubi Palace constructed by Sultan Seyyid Bargash to shelter his harem, and this is another fascinating site to visit while on the island. Furthermore, the Persian baths constructed by yet another Sultan specifically for his wife of Persian origin is well preserved and worth touring. When you journey north, you will find the slave caves adjacent to Mangapwani beach; these caves were used for unlawful slave trading following the abolition of slave trading in the late 1800’s. The impressive Jozani Forest is one among the very last existing sanctuaries for the uncommon red-Kirks Colobus Monkeys.

Zanzibar Island is also prominent for its clear, warm water, perfect for snorkeling as well as swimming. You can also proceed to Chungu Island mostly prominent as Prison Island; it is from this island that the slaves were shipped-off this part of Africa.